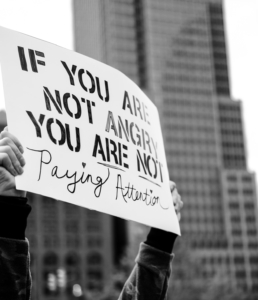 There isn’t anyone who detests cigarette smoking more than I do. I have never smoked. The smell of the smoke, the lingering odors of cigarettes and the devastating damage to the body is something I have endured throughout my life watching my father, mother, brother and yes my own son smoking cigarettes. I did everything I could possibly do to convince them to quit smoking but to no avail, until now. My brother who has been smoking for 50 years and my son who has been smoking for 15 years have both quit smoking cigarettes. I can’t tell you how happy I am that they have both stopped. The reason they have stopped is Vaping. Vaping has saved their lives and its saving millions of other lives. My story is being repeated countless times throughout this country every day.

There are currently approximately 11,000,000 adult vapers in the United States alone. There are approximately 34,000,000 adults who smoke cigarettes in the United States according to the CDC. That’s approximately 14% of our entire adult population smoking cigarettes. According to the CDC 480,000 adults die each year of cigarette smoking. Think about that. That’s the equivalent to 4 jumbo jet airlines crashing every single day 365 days a year. It’s a staggering statistic. If we even lost one jet liner everyone would be trying to find the cause and trying to stop it from happening immediately. We know the cause of the cigarette smoking deaths in the United States and according to the CDC its cancer and other related lung diseases attributed to smoking cigarettes. Yet, I have not heard the news media or our law makers mentioning much if anything about it. It’s like they have just ignored these deaths and have forgotten or prefer not to talk about them. They prefer to focus on vaping instead. Until this year there had not been any reports of deaths from vaping and the 47 deaths so far this year have been attributed to the ingestion of black market Vitamin E Acetate and THC. We already know that cigarette smoking causes multiple thousands of deaths each year and we also know that there are over 7,000 or more chemical additives and flavorings in cigarettes and cigars, yet no one talks about it. Why? Is it because we have become immune to the dangers and effects of cigarettes throughout the years or is it that we have let the tobacco lobby influence our law makers into turning a blind eye to the dangers it causes in favor of over $50 billion in tax revenue? Either way the news media and the law makers have negatively sensationalized vaping but have ignored the real problem which is tobacco. The media has convinced adult America that vaping is as dangerous or more dangerous than smoking cigarettes. The 47 deaths attributed to black market products or 470,000 deaths attributed to cigarettes smoking, how can anyone even compare the two?

There are suggestions that vaping should be in the same classification as tobacco. I say no. They are not the same. The only main similarity is they both have nicotine. However, with vaping you can regulate how much nicotine a person inhales depending on the level you want and with the ability of lowering the amount of nicotine any time you want and quitting altogether by lowering the nicotine level to zero if you choose to but not with a cigarette, it’s the same amount of nicotine every time you smoke a cigarette. By lowering the amount of nicotine through vaping is the reason thousands of cigarette smokers have quit smoking. The main differences between vaping and tobacco are numerous. There is no proof whatsoever that any vapor user has ever died of cancer from from vaping. There are tens of millions of cigarette smokers that have died from cancer related illness directly related to smoking cigarettes. It’s not the nicotine that causes most of the cigarette related deaths but its some of the chemicals and additives contained in cigarettes that is the most deadly. The tar and carbon monoxide are the most deadly elements. Vaping products do not contain any tar or carbon monoxide. Additionally, there are over 7,000 chemicals in one cigarette with over 250 harmful chemicals and 69 chemicals that are known to cause cancer. Of the 480,000 annual deaths attributed to cigarettes 40,000 of these people die of second hand smoke every year but not with vaping. Unlike cigarette smoking there is no side stream vapor being emmited which means there is no adverse effects of vaping to cause second hand smoke damage and death to other people. Cigarette smoking is in a category all on its own and should not be classified into the same category as vaping as they are so significantly different and should never be categorized the same.

The vast majority of the people who are vaping have been former cigarette smokers. They have been able to transition into vaping because of the many flavors that are offered that enable them to enjoy vaping and not revert back to cigarettes. I don’t know of anything else on the market today that has helped so many millions of people stop smoking according to the Wolfson Institute. They went out to say nicotine gums, patches and nasal sprays have not been able to help the majority of smokers to stop. Why in God’s name would anyone want millions of people to go back to smoking cigarettes when there is a much safer alternative. If there were ever a vapor ban on flavors most vapors would unfortunately go back to smoking cigarettes. If 14% of the cigarette smokers die each year from cigarette smoking throughout the US and the approximately 11,000,000 adult vapors go back to smoking cigarettes, which most of them will, then the same 14% of people will eventually die from reverting back to cigarettes which means approximately 154,000 people will die each year that are now vaping who have turned back to smoking cigarette. This is so unbelievably wrong it’s so hard to believe there would be any reason to ban flavors and sentence a percentage of the vapors to their deaths. This is not hyperbole, these are facts.

What can we do? The first thing we can do is for the news media and the law makers to become more informed on learning much more about vaping and how it relates to cigarette smoking. I believe once they have learned more about vaping they will realize that even though it’s not perfect it’s so much more a safer alternative than cigarette smoking. No one can ignore any deaths attributed to vaping. However, it has been recently determined that most, if not all, the vaping deaths have been attributed to black market products containing Vitamin E Acetate and THC. These products are not contained in any reputable United States manufacturer but only found underground or on the black market. The last thing we need is to ban flavors and have it open up a new black market for untested products that can kill or injure many more people than a flavor ban would ever save. That’s exactly what could happen if flavors are banned. People will try to find them wherever they can. When the United States instituted prohibition in the 1920’s they attempted to ban alcohol sales but it didn’t work. People went underground and it won’t work now. Do not force people to go underground it will just create a new unsafe black market industry for unscrupulous unlicensed manufacturers to make money and it will cause many more deaths. Further research into vaping is welcomed but there would have to be overwhelming and devastating evidence that vaping is resulting in the deaths of many thousands before a flavor band could even be considered.

As mentioned before until this year no deaths have been attributed to vaping. You can look to Great Britain as well. In over the last ten years millions of people have been vaping in the United Kingdom and not one death has been attributed to vaping, not one. According to Public Health England vaping is 95% less harmful that normal cigarettes. The over reaction of the news media and law makers in the United States in banning many flavors will kill many more people than it will ever save.

I respect President Trump’s decision to not ban flavors. I do not believe he fully understands everything about vaping yet but he is learning and most law makers do not understand as well. I appreciate First Lady Melanie Trump’s reaction is to just ban vaping or ban flavors. I also understand that she has a teenage son that she doesn’t want to vape. But banning flavors is not the answer. According to New York University if a majority of adult smokers in the US changes from cigarette smoking to vaping over the next 10 years more than 6 million people would escape an early death. Banning flavors will result in the deaths of hundreds of thousands of people over the years including possibly my brother and my son. Is there another way? I say yes. In an effort to reduce teen vaping enact the following:

2. Stop the purchase of vape products in convenience stores and gas stations. It will make it more difficult for young people to purchase vaping products.

3. Stop the selling of all online vaping products, it’s just too easy for young people to purchase products online without the proper identification.

4. Allow only vape shops to sell these products only to persons over 21 that show proper identification similar to thousands of existing tobacco stores throughout the US. This will eliminate most of the under age purchase of vaping products.

These steps will make a significant difference in youth vaping but it will not stop all youth vaping . Unfortunately young people will always try to circumvent the rules and this has always been the case for centuries. But, the 5 steps mentioned will go a long way in preventing most teen vaping.

I know there has been much talk out there about the over 100,000 employees of vape shops that could be out of work with a flavor ban and approximately 40,000 vape shops would close. There is also talk about the 11,000,000 adult vapors that are also voters and that if they are forced back to cigarettes they along with former vape shop owners and employees will turn their votes against anyone that is part of any flavor ban. With millions of vapors in the swing states where there were thin margins of victory in the 2016 election a vapor’s vote will matter significantly in the 2020 election and could even determine the outcome of the election. But, it’s not about losing jobs or it’s not about losing votes but it’s about saving lives.

President Trump knows full well about how the media can inflame an issue and how they can blow everything completely out of proportion and that is what the media has done here. President Trump knows there are so many factions that have their own agendas about banning flavors including the tobacco industry, law makers, various health organizations, education organizations, vapors and US citizens. President Trump has not let the various factions, with their own agendas, cloud his good

judgement and to the dismay of many he has used common sense in making his decision on vaping no matter what the resistance has been.

Want to join the discussion?
Feel free to contribute!